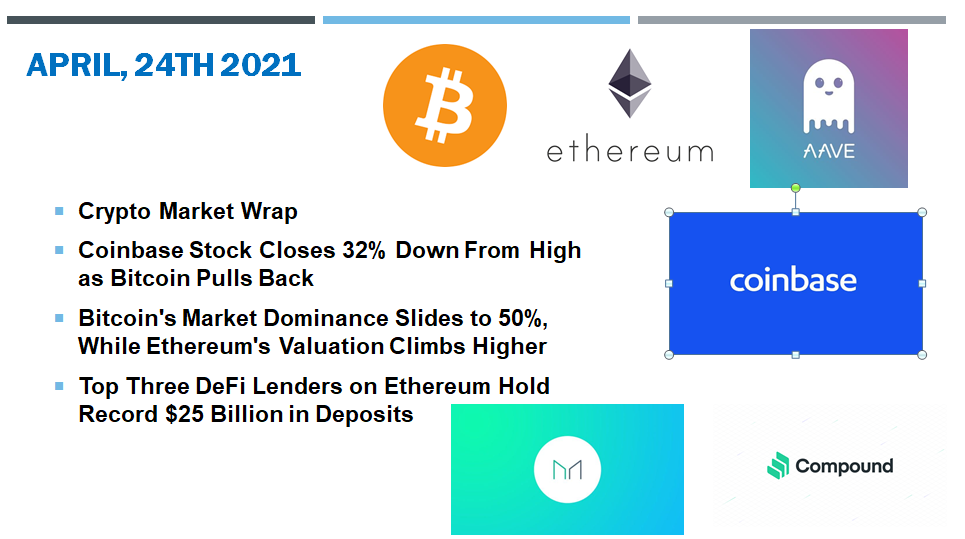 “My take right now is that the Joe Biden tax has something to do with it. Sellers probably jammed the market, and bids disappeared,” said Consantine Kogan, partner at investment firm Wave Financial. “U.S. participants are just a portion of the market but probably the wealthiest, both corporate and retail.”

As usual, liquidations, the crypto market equivalent of a margin call on Wall Street, exacerbated the price drop. According to data aggregator Bybt, over $3.4 billion in long liquidations occurred across all cryptocurrencies in the past 24 hours. After making double-digit gains while bitcoin was in the dumps this week, ether has fallen with with the rest of crypto and was doing worse than bitcoin Friday in terms of 24-hour price performance.

That bullishness could come back. Ether Capital’s Coolican termed Friday’s bearish-leaning market as temporary after a crazy run-up so far this year.

🗞 Coinbase Stock Closes 32% Down From High as Bitcoin Pulls Back

Coinbase, the largest US crypto exchange, debuted its COIN stock via direct listing on Nasdaq on April 14 at a price of $381, and quickly found buyers above the $400 mark before closing at $328. After recovering slightly mid-last week, it's been a steady drumbeat downward since—though the rate remains higher than the Nasdaq reference price offered before trading began.

Prior to Coinbase going public last week, analysts had speculated that the price of the exchange's stock would likely be closely linked to the health of the crypto market. Today's action may have proven them right.

Meanwhile, the San Francisco-based exchange yesterday added the controversial "dollar-pegged" stablecoin Tether (USDT) to its pro trading platform. Tether has come under fire within the last few years over various allegations, including that the stablecoin is used to manipulate the price of Bitcoin.

Bitcoin dominance, the metric that measures bitcoin’s overall market capitalization against all the other crypto asset valuations has dropped considerably in recent weeks. At the end of February, bitcoin dominance levels started sliding downward from 61% to today’s 50%. Meanwhile, from the same point in time ethereum’s market capitalization has increased from 11.8% to today’s 14.5%.

Ever since the birth of alternative crypto assets, people have used a metric called bitcoin (BTC) dominance, a measurement that records BTC’s entire capitalization against all the market capitalizations held by other coins.

Interestingly, minus a few small dips, BTC’s dominance was above the 80% range from the day it was conceived to February 2017. 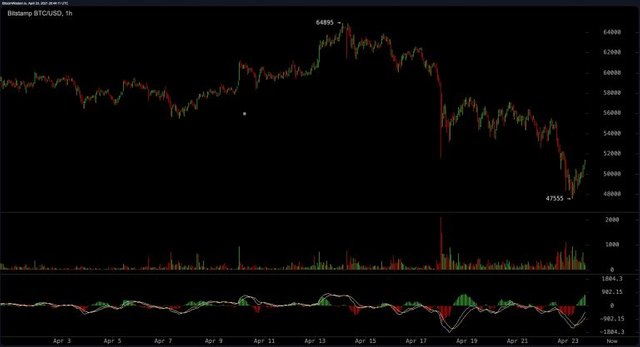 Ethereum’s market cap is not the only coin eating away at BTC’s dominance levels. Binance coin has captured the third position in terms of crypto market valuations and commands 4.33% of the crypto economy’s entire $1.87 trillion market cap. 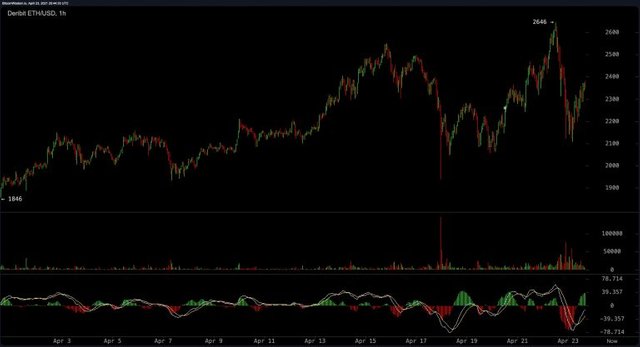 From October 2020 until today, the overall crypto capitalization excluding bitcoin has increased a great deal from $145 billion to close to a trillion. A great number of coins have seen gains alongside BTC’s climactic bull run, but a few coins, in general, have eaten a lot more than most.

Lending deposits on the three biggest Ethereum DeFi platforms hit a record high in the first quarter of 2021.

Aave, Compound, and MakerDAO collectively held more than $25 billion from users, according to a report from data analytics firm Messari.

The quarter also set a record for outstanding loans, as $10 billion in funds from those platforms were redistributed to other users on the platform. Roughly 53% of the loans came from Compound, compared to 30% from MakerDAO and 17% from Aave. 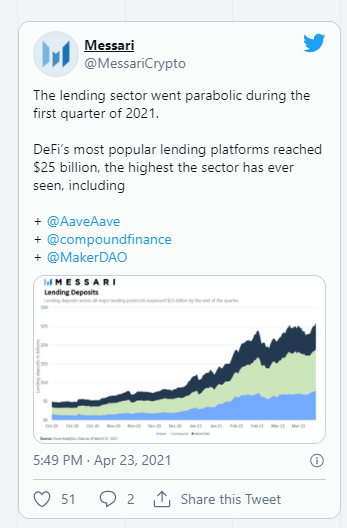 DeFi, short for decentralized finance, is the catch-all term used to describe blockchain-based protocols that cut out traditional middlemen. Instead of a bank approving you for a loan, you can get one via your peers on a DeFi platform. To get a loan on Compound, for instance, you can place Ethereum as collateral and then borrow DAI, an algorithmic stablecoin pegged to the dollar.

"In prep for the Network Upgrade (Week of 4/19/21) learn about SKALE the only live in-production #Ethereum Native, Multi-#blockchain..."

"We'll be able to reveal our first IDO project as soon as next week!"