This time, HIVE is pumping with other cryptos !

For those that have been there for at least a few months, I bet you remember during the previous bullrun a few months back when Bitcoin, Ethereum and basically every project mooned, HIVE was quite stable and frustrating a LOT of HIVE OGs. 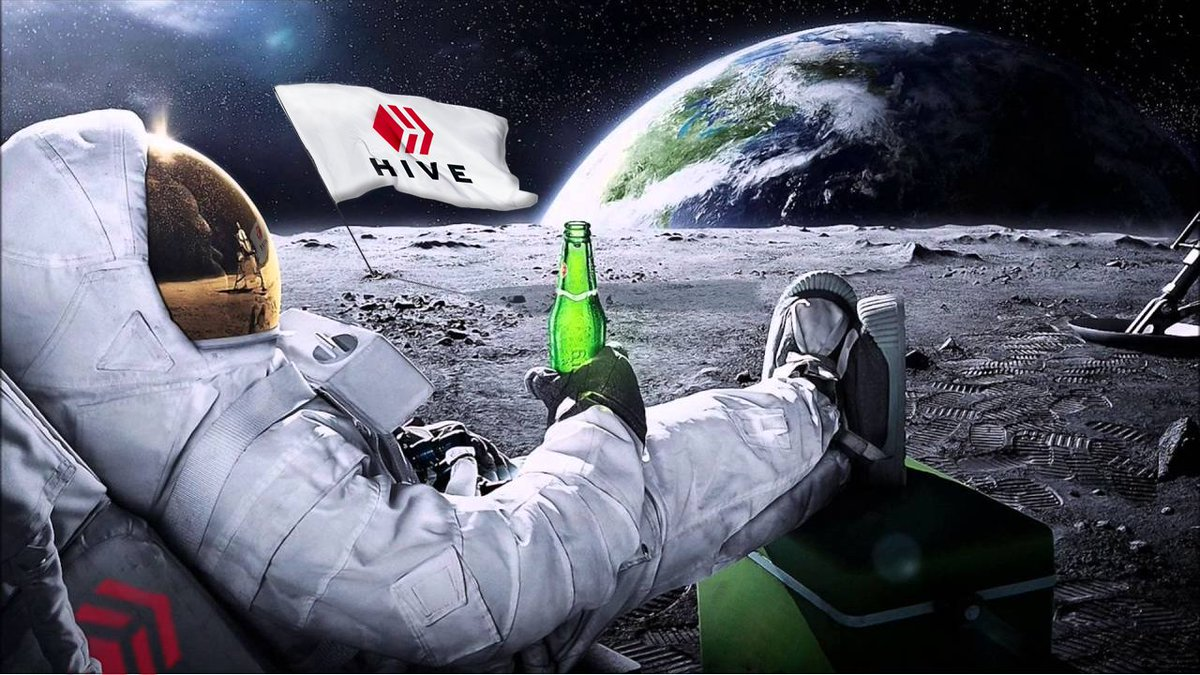 This was the DeFi craze, then the NFT craze took place and HIVE was kind of stable if not even trending down.

But this time is OVER ! 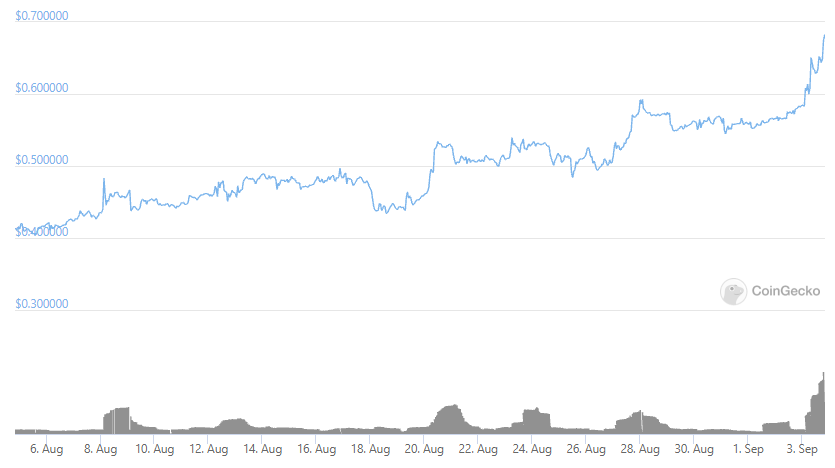 Since Splinterlands showed what the HIVE blockchain is capable on, thousands of new users sign daily, we have also many other games and applications being developped.

The beauty is that people buying in and powering Hive Power to blog/curate/play are at least locked for a while (13 weeks is an eternity in the crypto world) and therefore if the Buy pressure is sustained, we can expect more. 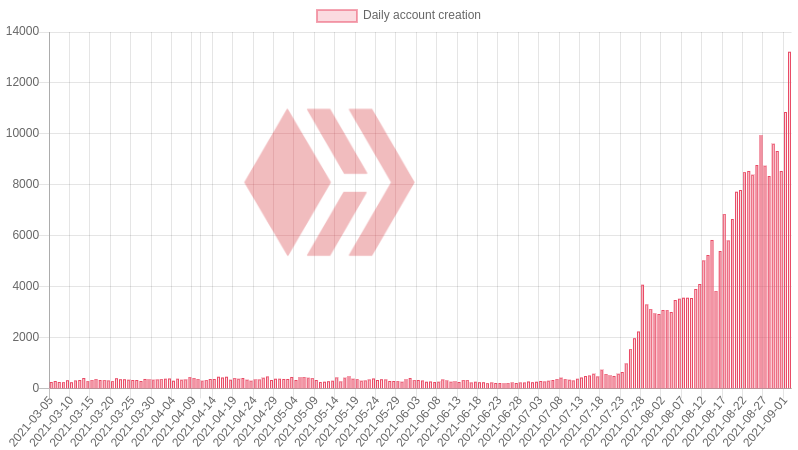 Even our dear @leofinance has been strenghtening their developper's team and building a completely new DeFi arm to its project. Now they are focusing on the leofinance app and this comes at the exact right time !

I believe LEO is the next hive token to explode over the coming months as the LEO app is worked on. So HODL your bags and keep blogging on leofinance.io

Let's be honest, most of this buy pressure is not from HIVE powered accounts, a lot of these HIVE tokens are used to get HBD at a discount and then sold on the market for a 5-15% profit through the Hive/HBD conversion mechanism. 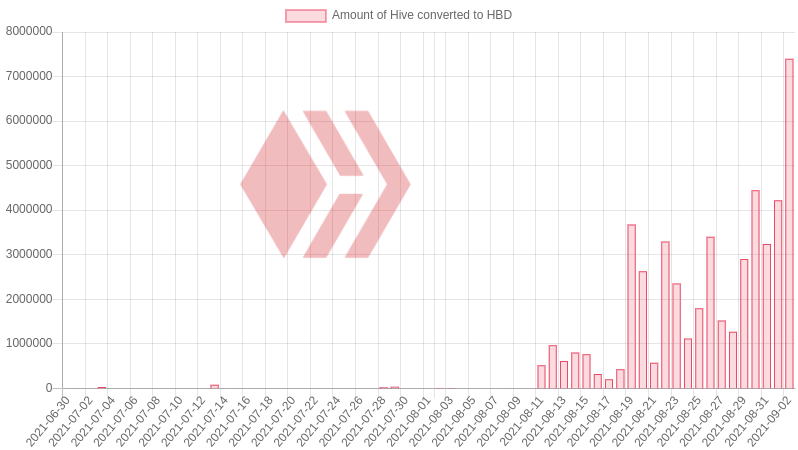 Can you feel it? Excitment and greed are back

What's funny with the way us humans think is that if I had told you that the price of HIVE would reach 0.75-1$ 3 months ago, a lot of us would have said: Nice I will sell at these levels.

But as good news and momentum is occuring, I still feel like HODLing and aiming way higher and for the long run.

Which crypto moon shot are you betting your life savings on ?

Which Hive-engine tokens are you looking to stack during the next few months?

There are signs that things are picking up.

Splinterlands, Leo, BOP, and other projects are bringing in the traffic.

It's up to the community to capitolize on keeping people interested in using all the things the Hive ecosystem has to offer.

Indeed, I also believed we learned from the last bullrun and since we do not have Steem Inc. We KNOW, the innovation will come from the community and every one of us ! Not from some "leader".

Splinterlands showed that making millions on Hive Blockchain and having a working product IS possible ! And I love it !

Those are excellent points. The community support to any Hive Apps is a huge deal and why I think often large accounts miss the value in an active community

Hive is getting some reach with its applications. This is going to keep bringing in more people, helping to grow the entire ecosystem.

True but it takes time to be fairly valued. Let’s be honest and say that most projects are just smoke and mirrors even today.

When I look at the Top 20 even, I can see 3-4 projects very close to be unfaithful or pure pump and dump with no actual use case. Sad 😔

Would be amazing if LEO gets some love next. :)

That is what we all hope for :D.

But I can smell it, it will a quick and very powerful move I feel

Might not happen until #ProjectBlank is released but it will happen.

Too much going on for it not to.

We just have to keep building and strengthening the community.

Maybe wen the announcement of the project blank fork is released and people understand that holding LEO is key for the potential airdrop?

I don't question why they are buying, only am concerned that they are.

We are seeing a lot of great things coming into play. This might be simply due to market activity but there is a lot happening on Hive that is going to really sustain things over the next year.

Leofinance is one of the things that is going to really help push things along. Personally, I am getting more excited for #ProjectBlank with each passing day. We are within a month of the mobile app for Leofinance which means the work on the next project will soon follow since it is a fork.

As you know I completely agree with your take but for now I just want to enjoy it :D.

This part is SO exciting, I have huge hope and expectations for #ProjectBlank as I know you do too.

HIVE is still lagging though. It's well below its ATH. There are so many shitcoins doing better and it's such a pity. I hope it rebounds and maybe see it in top 50.

It clearly deserves to be and Steem used to be too 50 at the time so no reasons why we wouldn’t be able to do so with a few other big dapps !

I understand that the space is more competitive nowadays though.

It’s exciting to see honestly. It feels good when hive is behaving like other cryptos bullishly. Let’s just keep maintaining this energy. Hive=$10 is extremely possible based on its potential

10$ might be a stretch but even $2 would be life changing for many Hiveans !

Hive is increasing with other coin like BTC, LTC,and Ethereum. Hive will still move more as it did today.Is better for people that don't have hive, should buy Hive and invest on it.

Let's be honest, most of this buy pressure is not from HIVE powered accounts, a lot of these HIVE tokens are used to get HBD at a discount and then sold on the market for a 5-15% profit through the Hive/HBD conversion mechanism.

I thought this was the main reason as well. It's almost like they want HBD to be above the peg.

Of course they do as you get half in HBD for 1$ no matter the market value of HBD. SO big HP holders who get 500 HBD a month prefer if HBD >1.5$ as they can sell it for more $ value.