The community witness @leofinance just yesterday went 2 places up and got ranking from 39th to 37th place. Today we continue to broadcast the incentive of supporting the witness on any channel possible and one of them is the official Discord channel. Maybe this would sound as a repeating board, but there are existing or new members that just either don't know about it or just have forgotten (I was one of them just few days ago).

Just few hours ago we were standing as follow:

After the Discord waive where we encountered some influence members we succeeded to boost our numbers and also gained some supporter to lobby the @leofinance witness above. The @azircon open the way, gave his valuable supporting vote ( 850K HP vote !!!!) and might speak for the community projects and long term plans within the Hive ecosystem. Shortly @Luca-Legend-City-Hodler followed with a good vote of 15k and other users onboard as well.

As we speak we booster the support for the @leofinance witness as follow: 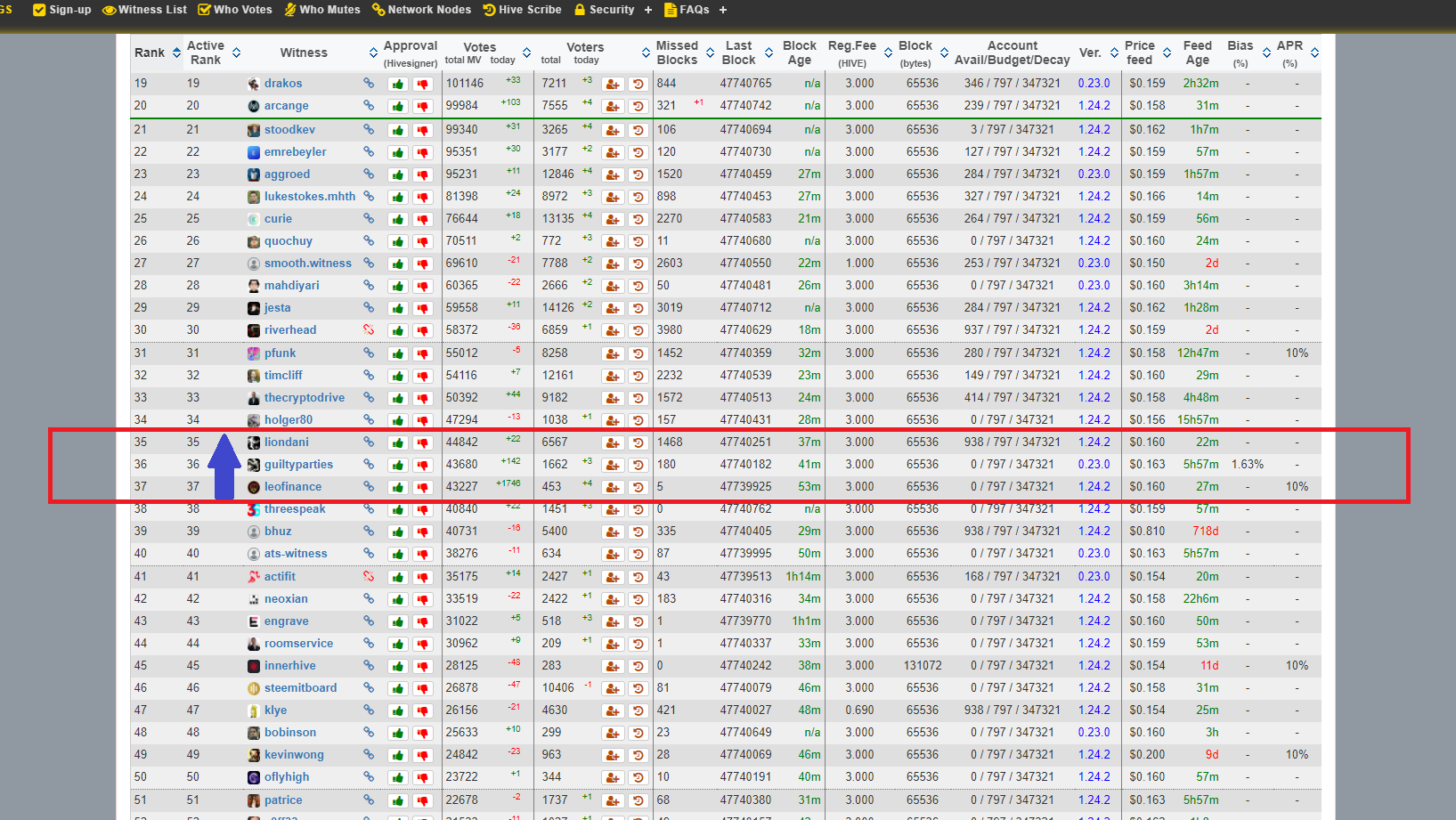 We are growing the LEO Finance community each day, we get over good and bad and we learn from that and we continue the path to greatness. Let's make @leofinance witness great and support the developments from here over the HIVE blockchain!