Welcome to the weekly edition of LeoFinance stats report.
This is a weekly report covering November 2nd, through November 8th.

More data on comments in this report. 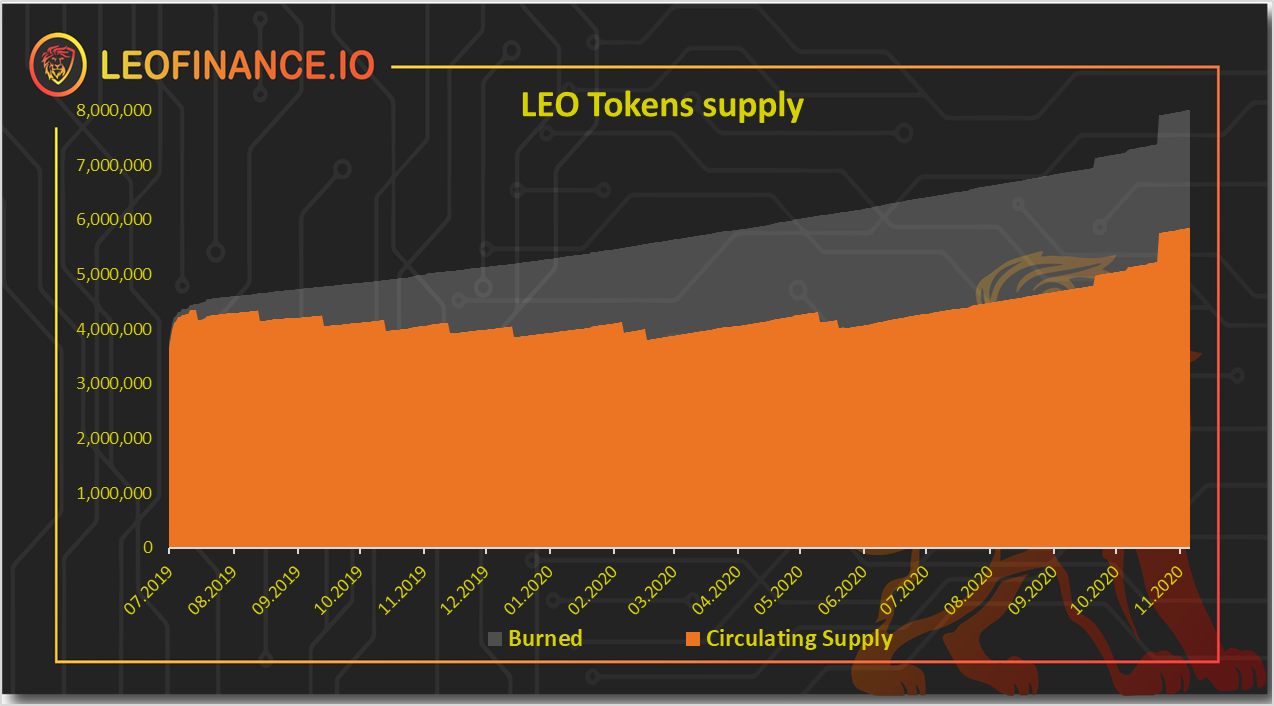 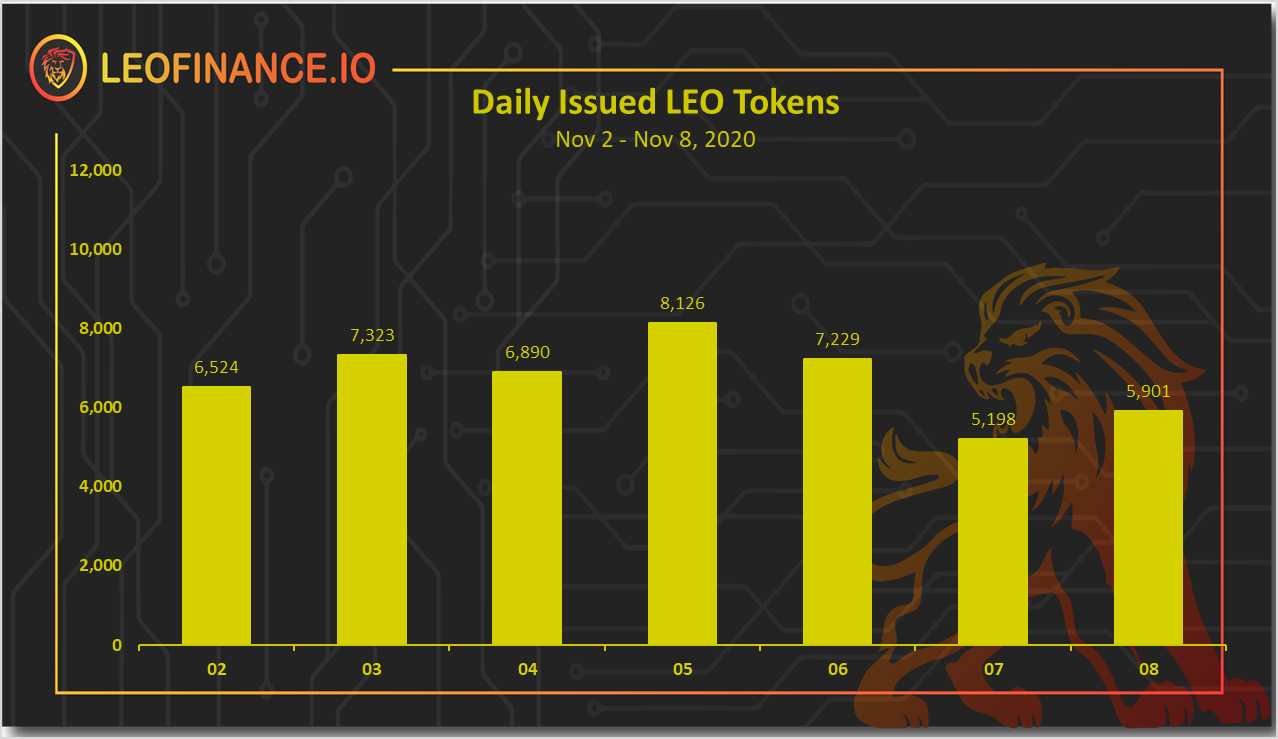 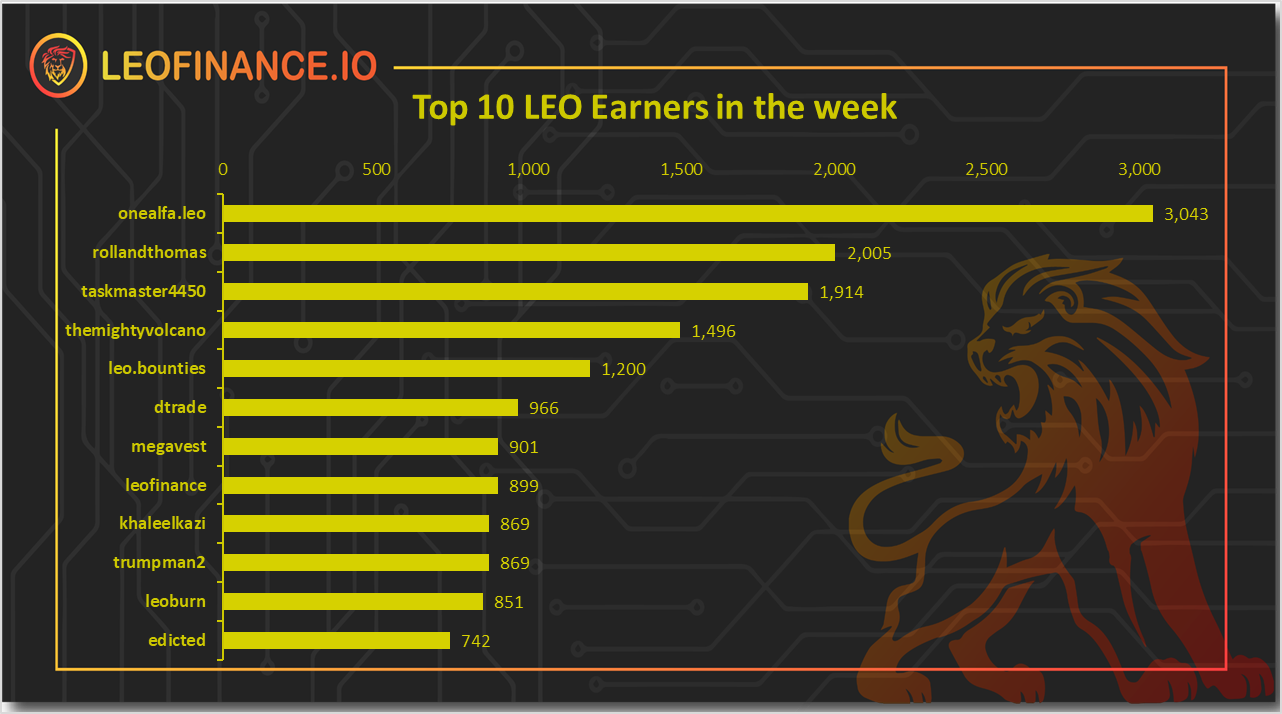 @onealfa.leo is on the top with 3.k tokens, followed by @rollandthomas with 2k and @taskmaster4450.

In the last week tokens issued for bounties went only to the HP delegators. Users who delegate their HP to the @leo.voter receive daily payouts in the form of LEO tokens at a rate of ~16% APR. 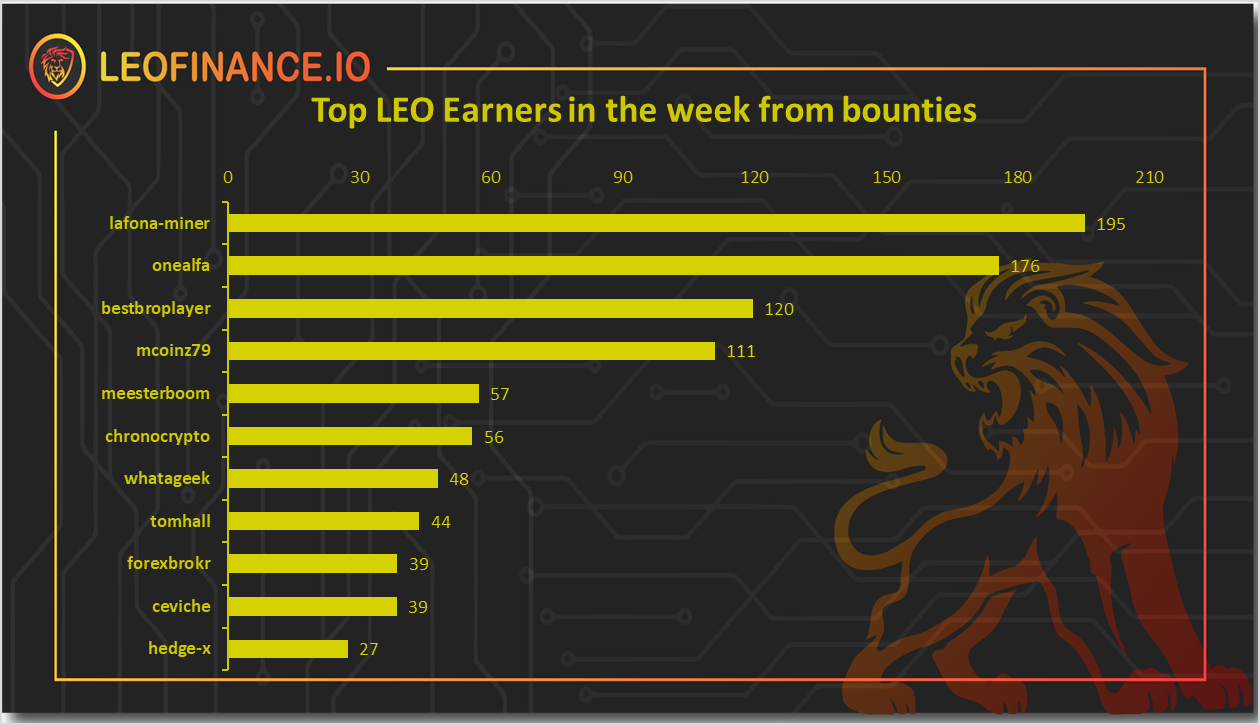 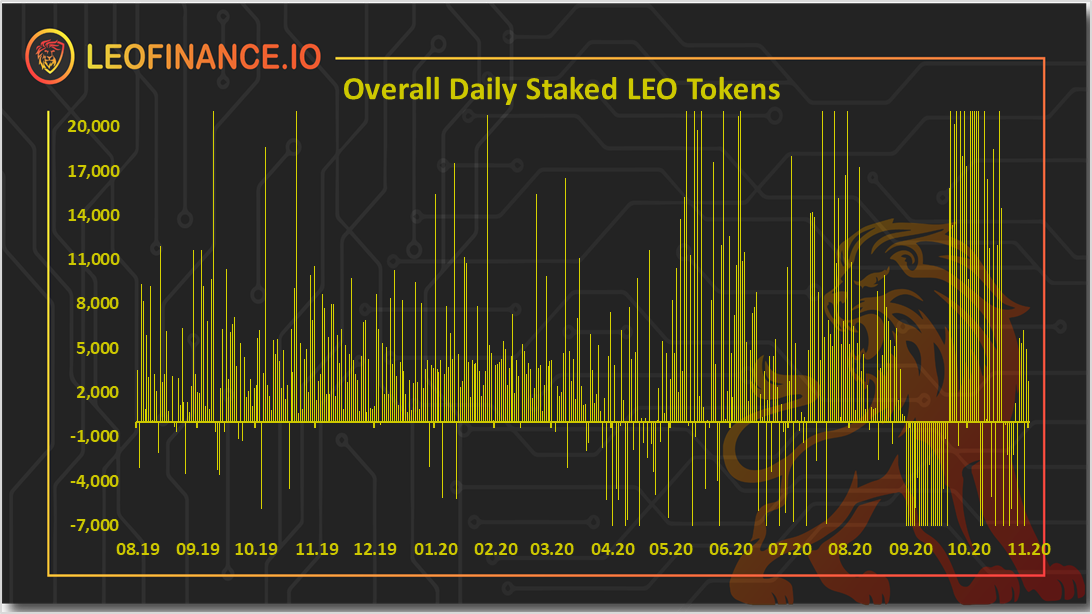 In the last month there has been large moves in the staking and unstaking numbers, due to the liquidity providers on Uniswap.

Prior to WLEO 1 there was a lot of unstaking. Then the hack happened, and users staked their tokens again. Then WLEO 2 was announced and its going live on November 10th and now we are seeing unstaking again. 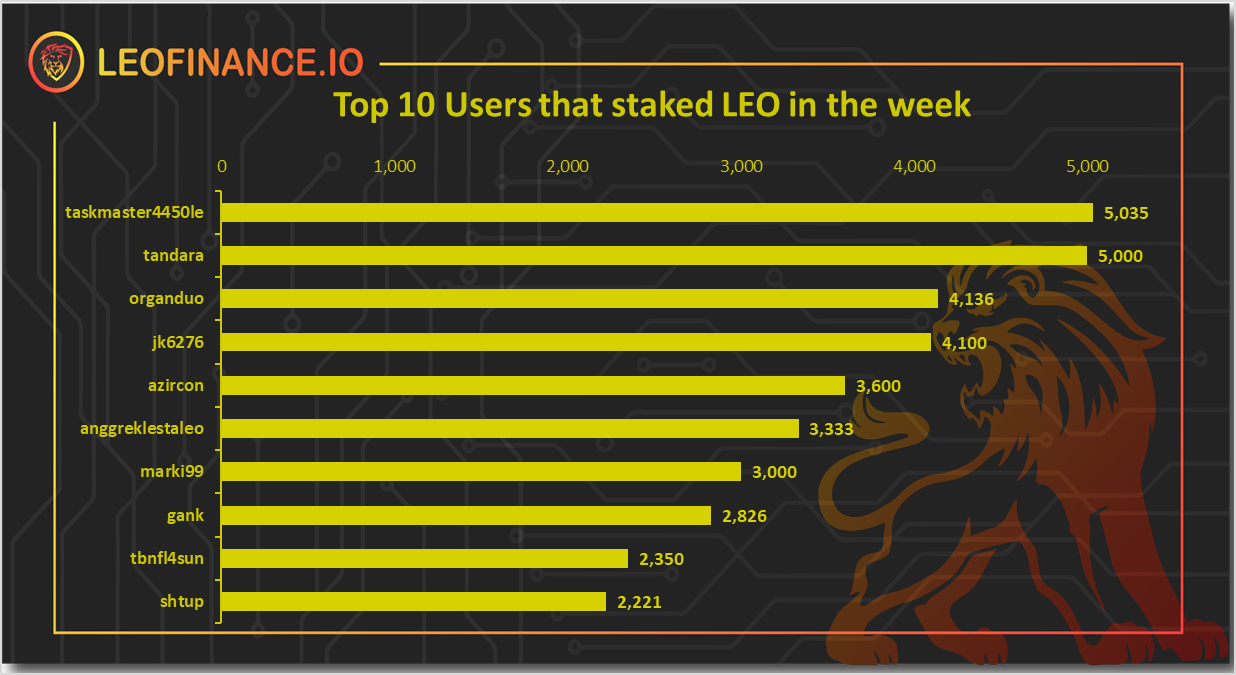 @taskmaster4450 on the top with 5k LEO staked, followed by @tandara and @organduo. 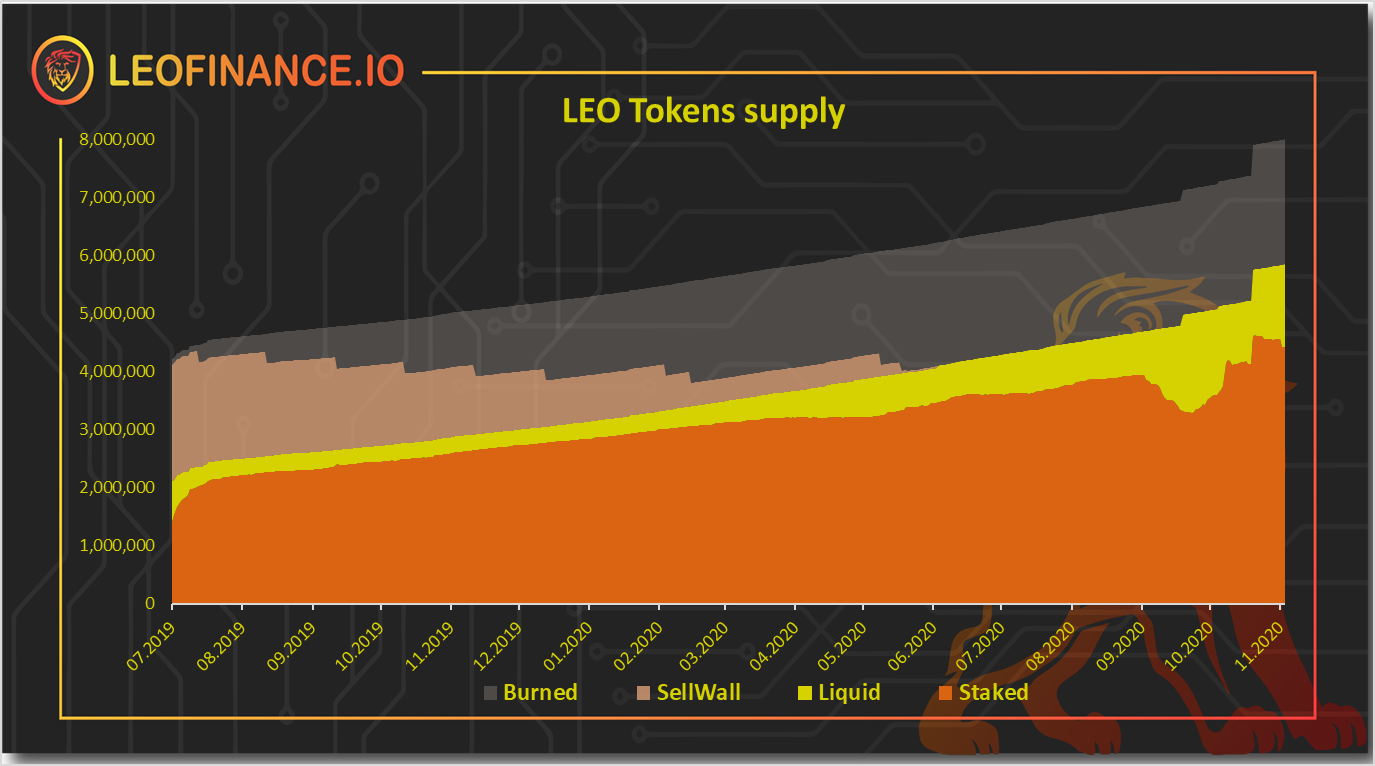 The yellow (liquid LEO) is an interesting category. A lot of movements here due to the WLEO and now WLEO2. 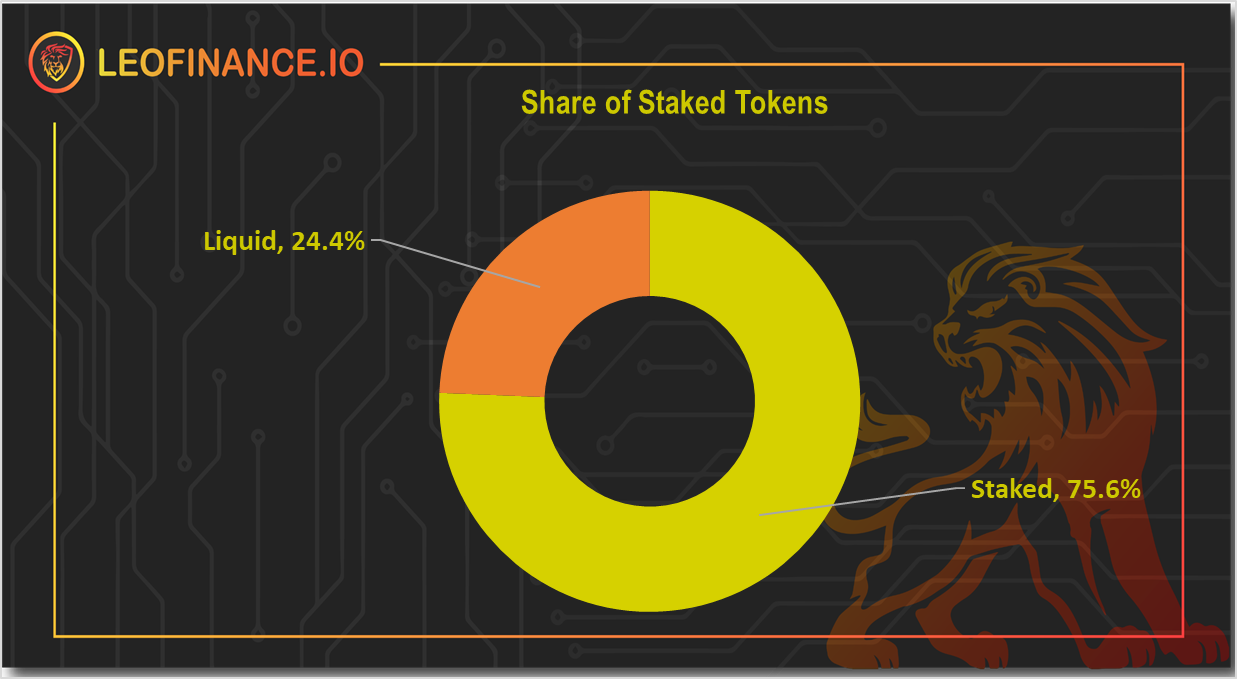 Note that these numbers don't align with the new widgets number of leofinance.io. We are looking into this. 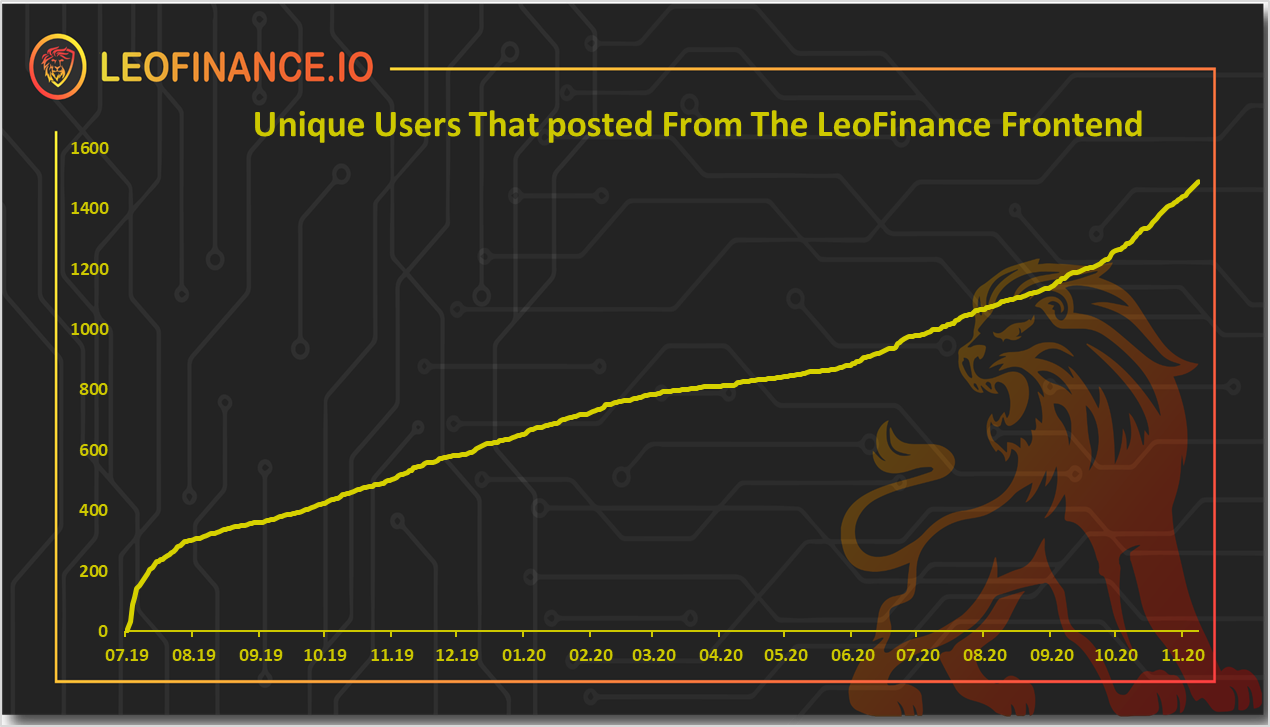 A total of 1488 unique users have posted from the LeoFinance frontend. 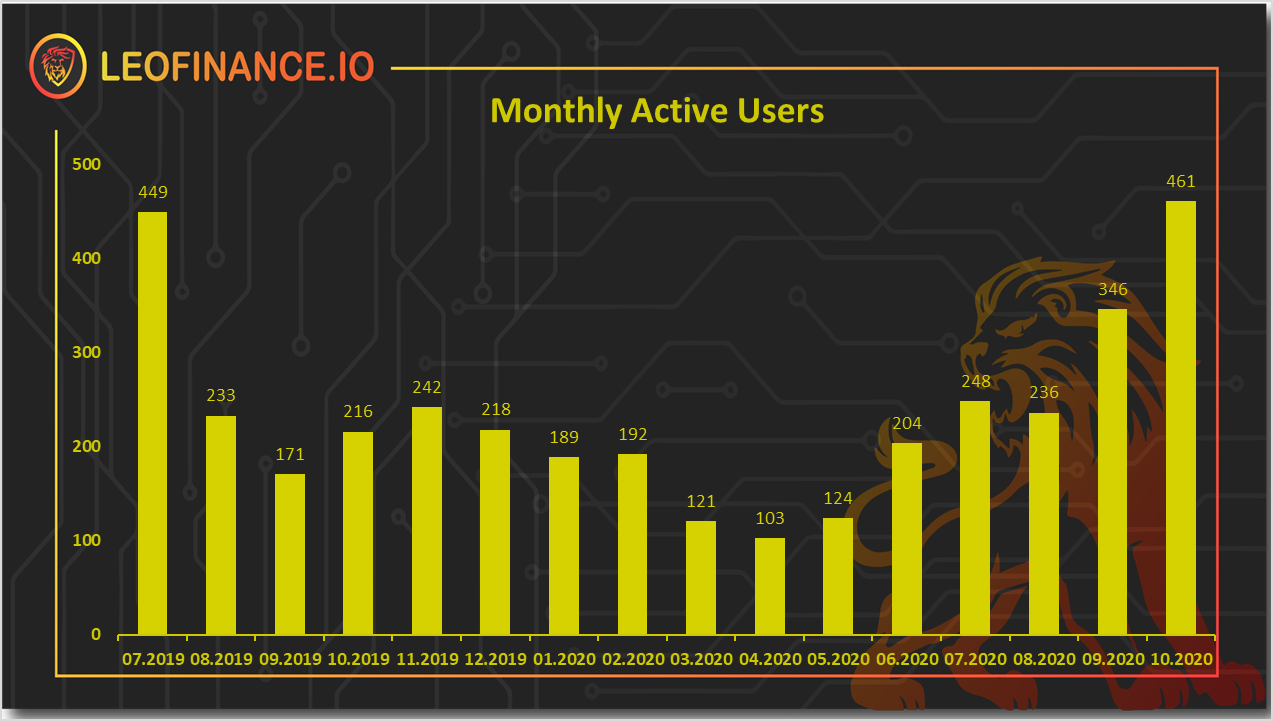 The user growth can be clearly seen from the MAU chart. An increase from 346 in September to 461 in October. This is now the ATH in monthly users for LEO, surpassing July 2019, when the project launched. 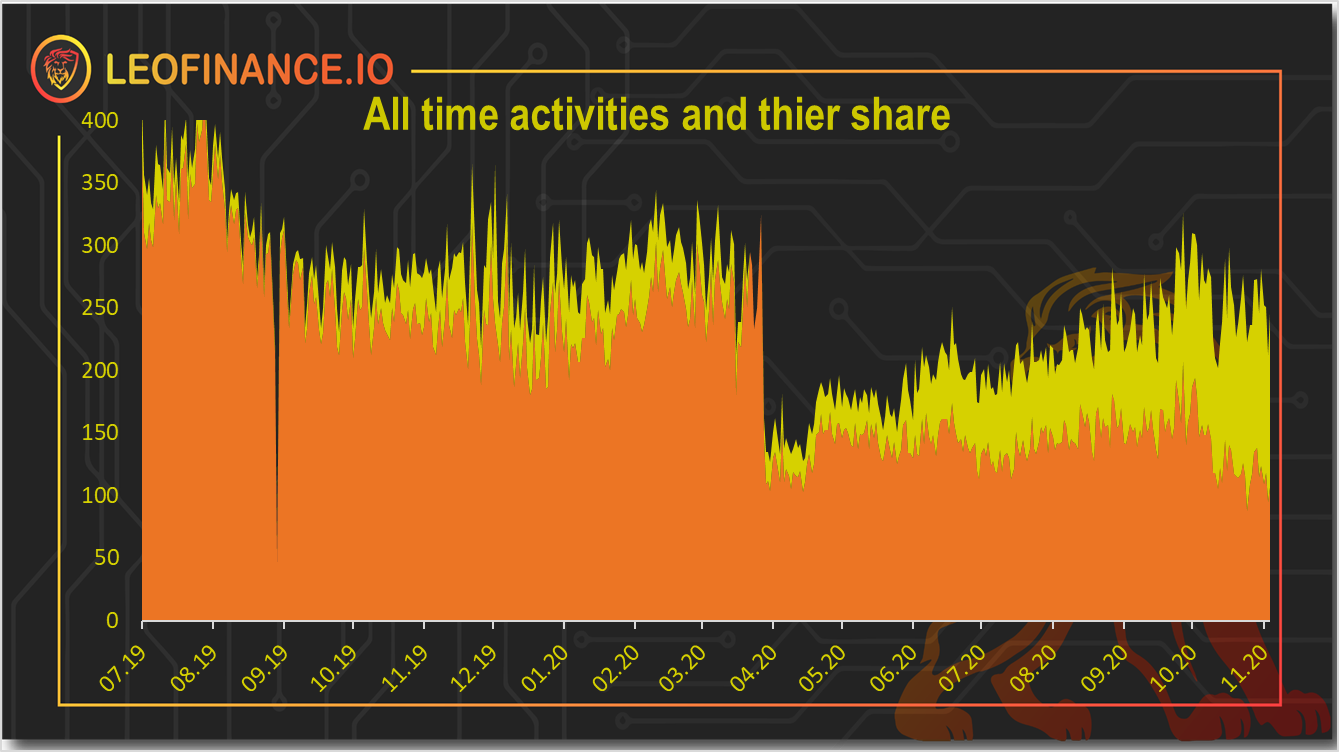 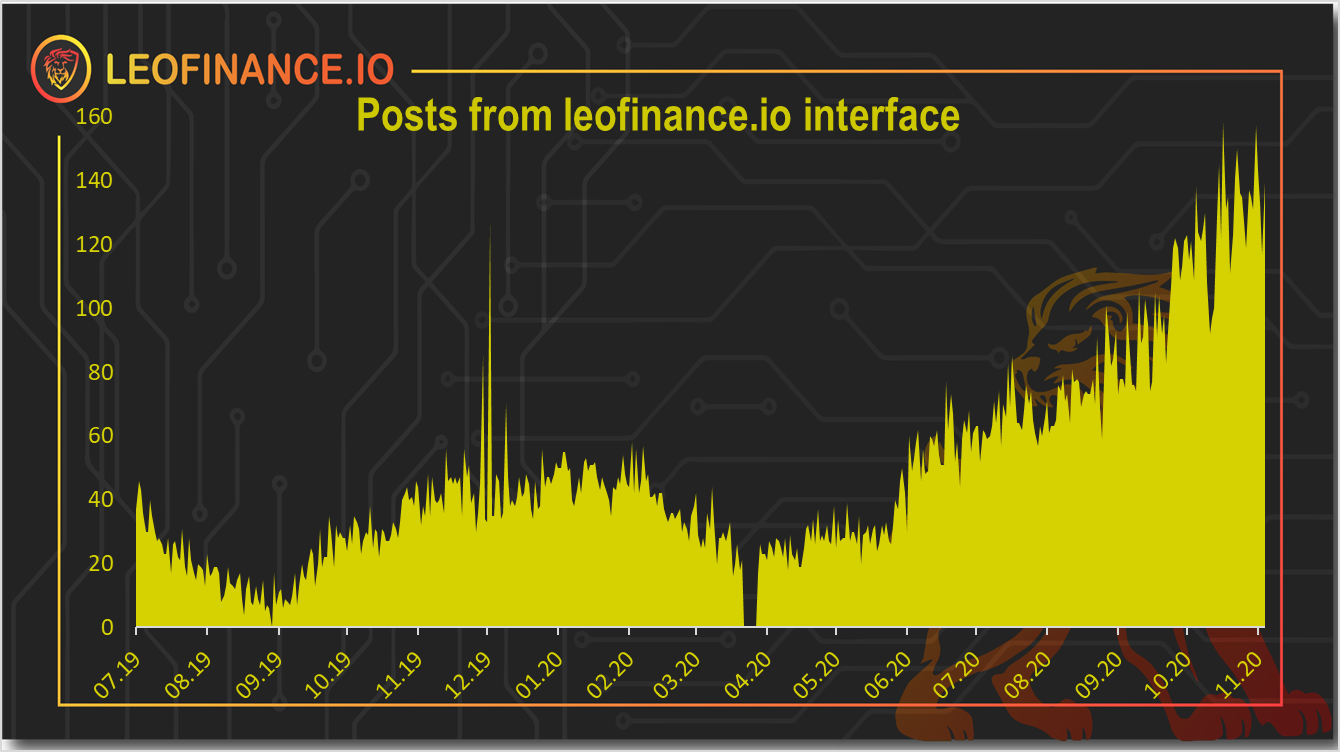 The numbers keep going up and I the last week there is on average 135 posts per day.

Number of comments from leofinance.io 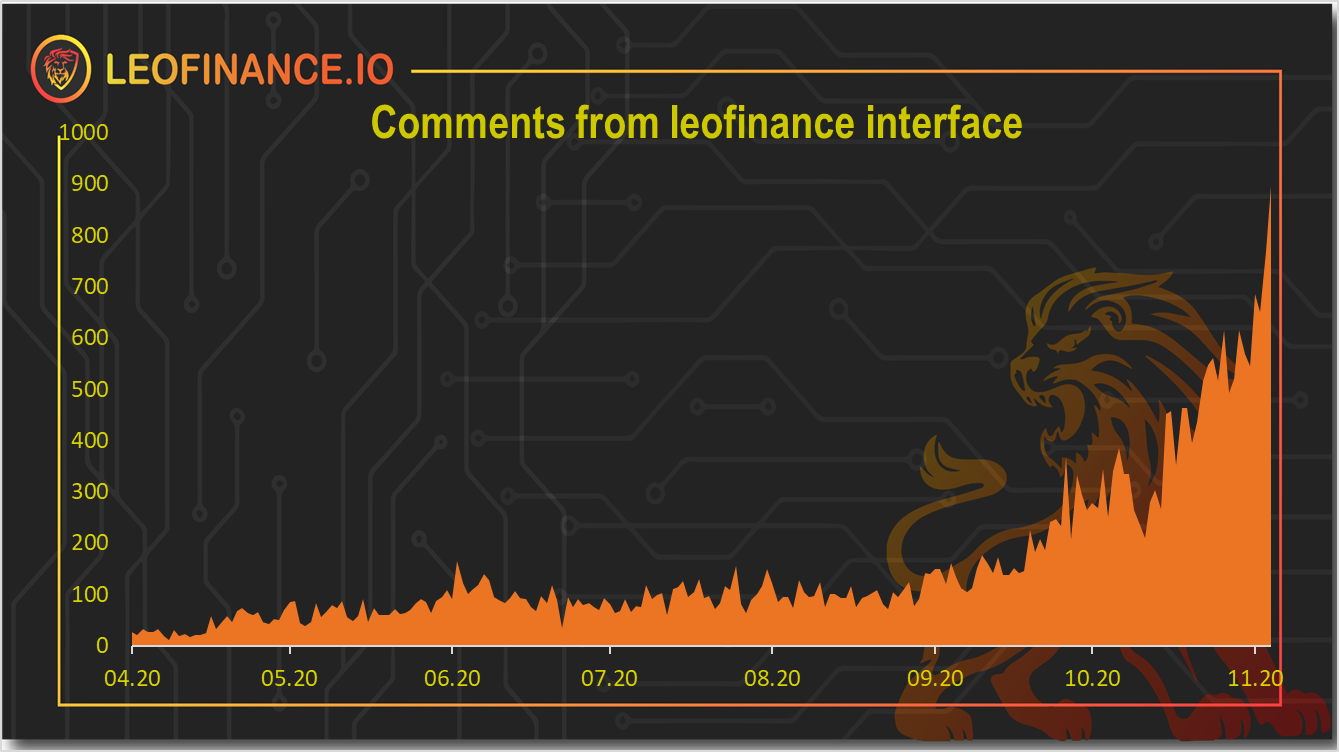 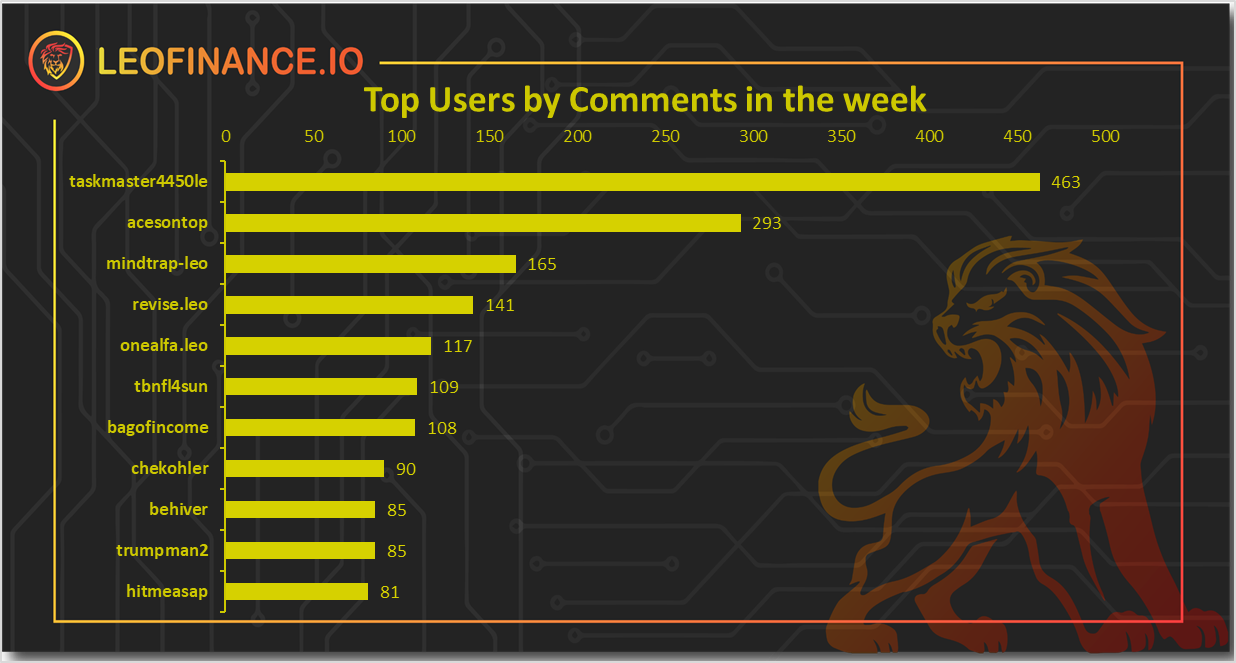 He has been upvoting comments with his significant stake, but also making a lot of comments. @acesontop is on the second place and @mindtrap-leo third. Some other well know communities’ members on the list as well.

Note that the above are comments made from the leofinance interface only. 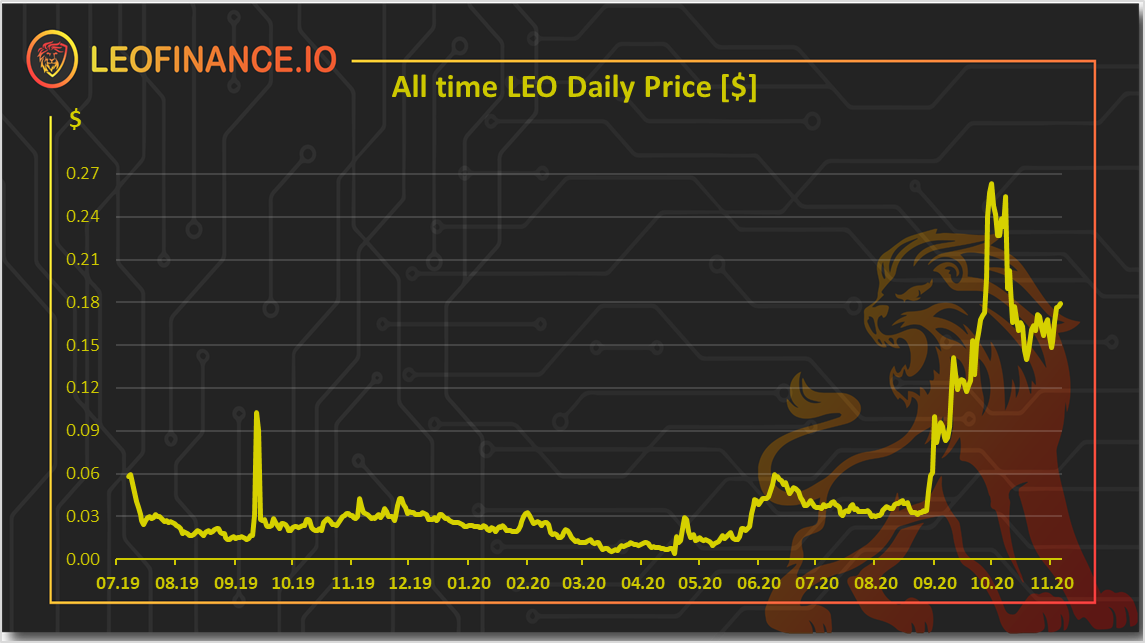 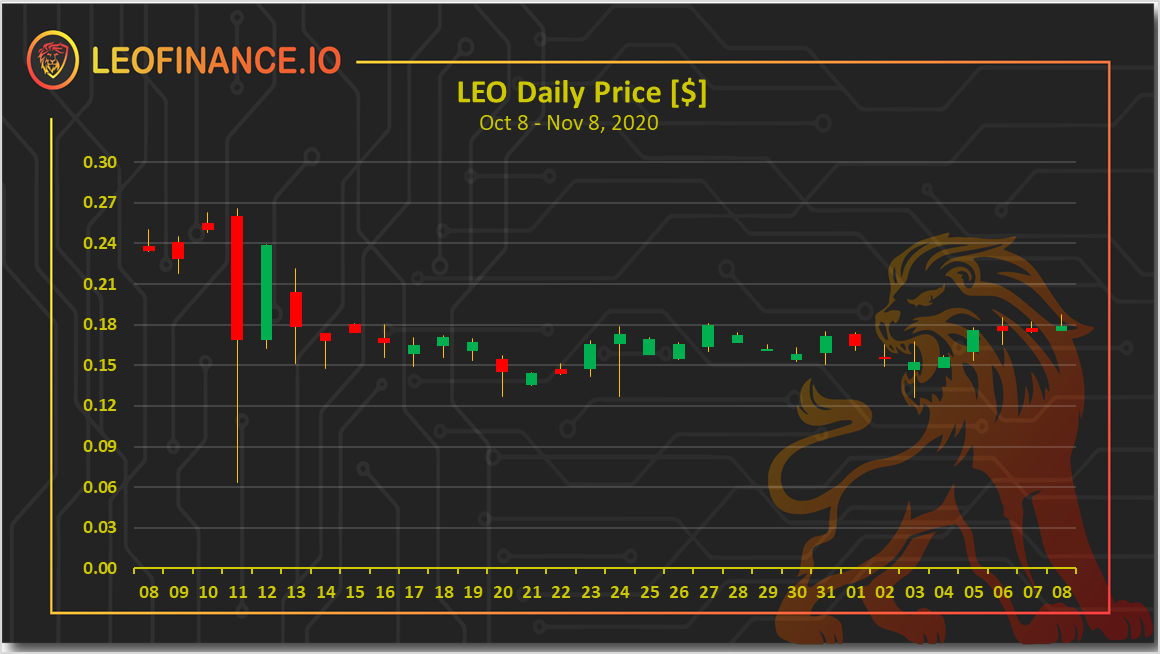 In the last week the price seems to be stabilizing around the 18 cents mark, even though the price of HIVE is down.