There are few who would argue that the wealth distribution around the world if skewed. The inequality is at an all time high and appears only to be getting worse. This stems from the fact that the incomes of the few at the top far outpaced everyone else in terms of growth.

All this leads to a situation where we have a handful of "haves" while the rest are "have nots". Certainly, there are many who are doing alright yet that number is dwindling. Over the past 40 years, in the developed countries, we saw the middle class carved up. Few left this realm by moving up. Instead, the vast majority exited the middle class by heading down. As we enter the digital age, this situation is only getting worse. Everyday, billions of people spend time online generating enormous amounts of data. Unfortunately, while they are the creators of this valuable commodity, they are not the owners of it.

This enables companies such as Facebook, Google, Alibaba, and Amazon to clean up. They control the entry by having the platforms that people spend their time. Over the years it became very difficult to escape them. Now, as we progress further down the road, we see a battle for the in home operating system, as an example, which pits Apple, Amazon, and Google against each other. No matter who wins the race, it will not be the average person.

Blockchain and cryptocurrency are looking to change this. For the first time, perhaps in history, we can see how average Johns and Janes suddenly are on the same level as these companies. This is creating an environment where, by 2030, the data ownership situation could be reversed.

Anyone can create a cryptocurrency. This is a big deal. Here we see the the ability for any community to monetize what they are doing. The key is to own that information that is being created. Presently, all our web surfing, social media posts, tweets, and emails are owned by someone else. Cryptocurrency can change that.

By operating on a decentralized blockchain. the community itself can get together and maintain ownership. This severely alters the landscape.

At the same time, there is incredible value that individuals are receiving. Through tokenization, people can get a few cents off each online activity they do. While this is not a great deal of money in most countries, it quickly adds up. 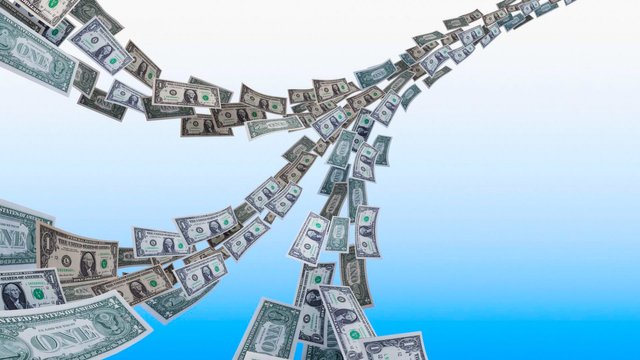 Here is where we see the flipping of the situation. Instead of the mega-technology companies, i.e. Wall Street shareholders, benefiting, we are now the ones who receive the financial uptick. By the end of this decade, billions of people will be receiving "compensation" for what they do online.

Another factor in this is the wealth that will be created. In addition to all the data presently being generated, innovation is just starting to kick in. As billions are able to operate in an environment where they control their creations, they are further spurred to innovate more. Thus, we will likely see a "creativity explosion" over the next decade.

This is taken to another level when we realize it is all operating in the digital realm, which moves much faster than the physical world.

When the users profit, we see the incentive system keep growing. Exponential growth cannot help but to take place since it is in the individual's best interest to keep moving ahead. When this spreads across hundreds of millions of people, we can see how the impact will be profound.

Every layer of our digital world requires a complete reversal. Owning all that we do is vital to the future of humanity. When property laws were rewritten centuries ago, it spurred on an industrial age the world had not seen up to that point.

We are about to embark upon something of equal magnitude in this era. The unleashing of the digital power across billions of people will be profound. One of the biggest contributors to wealth inequality is that most people do not have a financial stake in our system. They simply do not own stuff. Instead, those who are getting further ahead are able to cash in since they have ownership of most that goes up in value.

Blockchain and cryptocurrency change the ownership game. This opens the entire digital realm to each individual to benefit as he or sees fit. Over time, as more offerings come out, people will have a greater number of choices.

One vital component to all of this is Artificial Intelligence. Presently, this sector is also owned by the select few. For the most part, we see about a dozen corporations and a handful of governments around the world with most of the AI.

This, too, needs to be decentralized. As AI is placed in the hands of individuals, they can autonomously benefit the same way corporations do. Ultimately, the concept of a DAO will be expanded to automated wealth generation. This is something the masses need to share in.

Presently, the world of cryptocurrency is a few hundred billion dollars. This is some serious money yet does not rival the existing financial system. That will change as we progress forward. Not only what is in existence going to become more valuable, but we will see more created.

This will provide a one-two combination that will allow people to serious benefit financially. The expansion in the overall user base will kick off the network effect that benefited the likes of Facebook for more than 15 years.

By the end of the 2020s, we should see an entirely new system in place. The wealth transfer and creation is already starting to take place. Another decade of development will really puts things in a different perspective.

Fortunately, there is little the existing system can do to alter this path.