Leofinance Starting The Path To 40,000 Users

In some discussions with the Leofinance team, this is the new target for the platform. This process started with the update to the UI that allows for sign up using Metamask.

There was a post yesterday that detailed some of the updates along with the road map for the near future. The biggest piece of news is the fact that the integration with Metamask is now complete. This provides entry into an arena where there are over 1 million monthly active users, experiencing a growth rate of over 400% in a bit over a year. 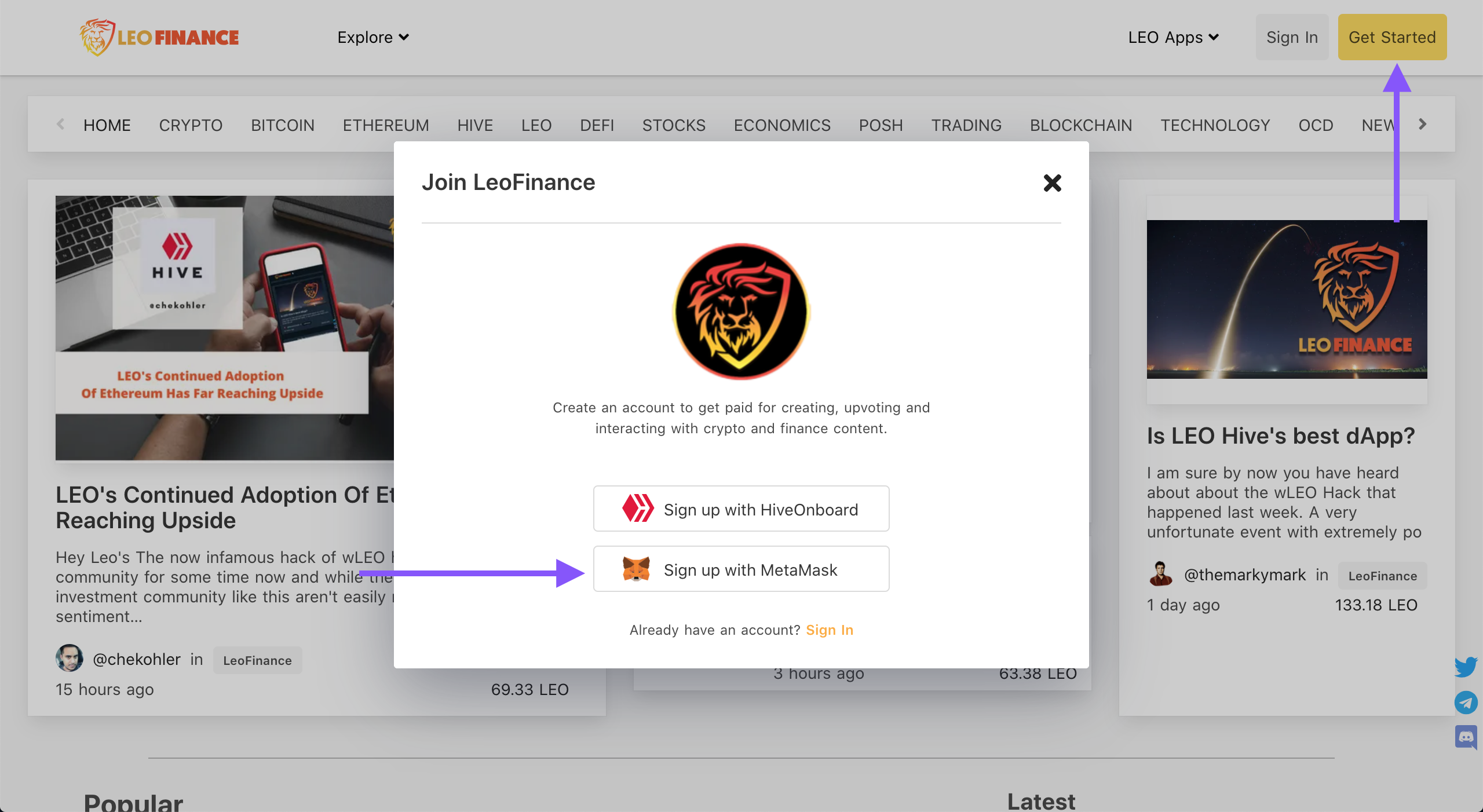 This integration was key to providing a simple sign up while eliminating one of the biggest barriers to Hive entry. The fact that Hive has a degree of complexity to it turns many off. People are not willing to spend the time to learn about something that could have enormous benefit to them. Instead, laziness takes over and we opt for the known path.

Ethereum is obviously getting a great deal of attention and Metamask is right in the middle of the DeFi boom. While that could taper off at some point, the utility of this Ethereum wallet will not likely suffer a similar fate. The usage on Ethereum is likely to remain somewhat consistent even if the outrageous numbers of DeFi end up dwindling a bit.

Now, through Leofinance, people can sign up using their Ethereum account and begin interacting on Hive the same as any other user. They instantly will be able to operate as if they signed up through any other Hive interface.

This is all part of the LeoInfra platform that was designed by the Leofinance team. Here we see the first leg of the new path that the team is taking. The database is going to allow the build out to other blockchains as well as linking to the traditional social media accounts. Streamlining the signup process is an important step towards future growth.

Hive Is The Back End

One of the key components to all of this is the fact that everything being done is tied to Hive. The Hive blockchain is the back-end, decentralized database that holds all the information. As those who used Hive are aware, accounts cannot be censored or closed unlike the established social media sites.

This feature applies to all who sign up using Metamask (or any of the future log ins). Initially, LeoInfra handles all the details, including the keys. However, the goal is to get people to claim their Hive account and start operating on Hive. Doing so, opens up the door to all other Hive games and applications which tend to get a lot of publicity on the Leofinance platform.

Ultimately, the expectation is that a portion of these users will inquire into other projects, helping their growth rate while doing the same for Leofinance.

This is a number that is being bantered about as a goal for a few different reasons. To start, it is about a 4x from the present account userbase on Hive. This would provide a huge boost to the entire ecosystem if Leofinance could bring in a number such as this.

As we saw in the short time wLEO was operating, things can go parabolic very quickly. It does not take a great deal to generate enormous amounts of excitement. wLEO, before the hack, did that.

Fortunately, that project is not dead, only delayed. The UI still has the conversion from LEO to wLEO programmed in so it is not difficult to initiate again. However, before that happens, more security features will have to be provided once the present investigation is done. I would expect we will see wLEO again, possibly before the end of the year.

Tapping into 2.5% of the Metamask users is not that high a target. It sounds pretty daunting considering where things are now but, as was mentioned, things can change rapidly. Everyone who is using Metamask, by their nature, is interested in finance, at least the crypto aspect of it. The opportunity to earn ETH through their actions is something that cannot be stressed enough. One of the biggest advantages to Hive is the ability for tokens to be earned as opposed to bought. Now, through this latest update, that also applies to ETH. One can opt for payouts in ETH as opposed to LEO. 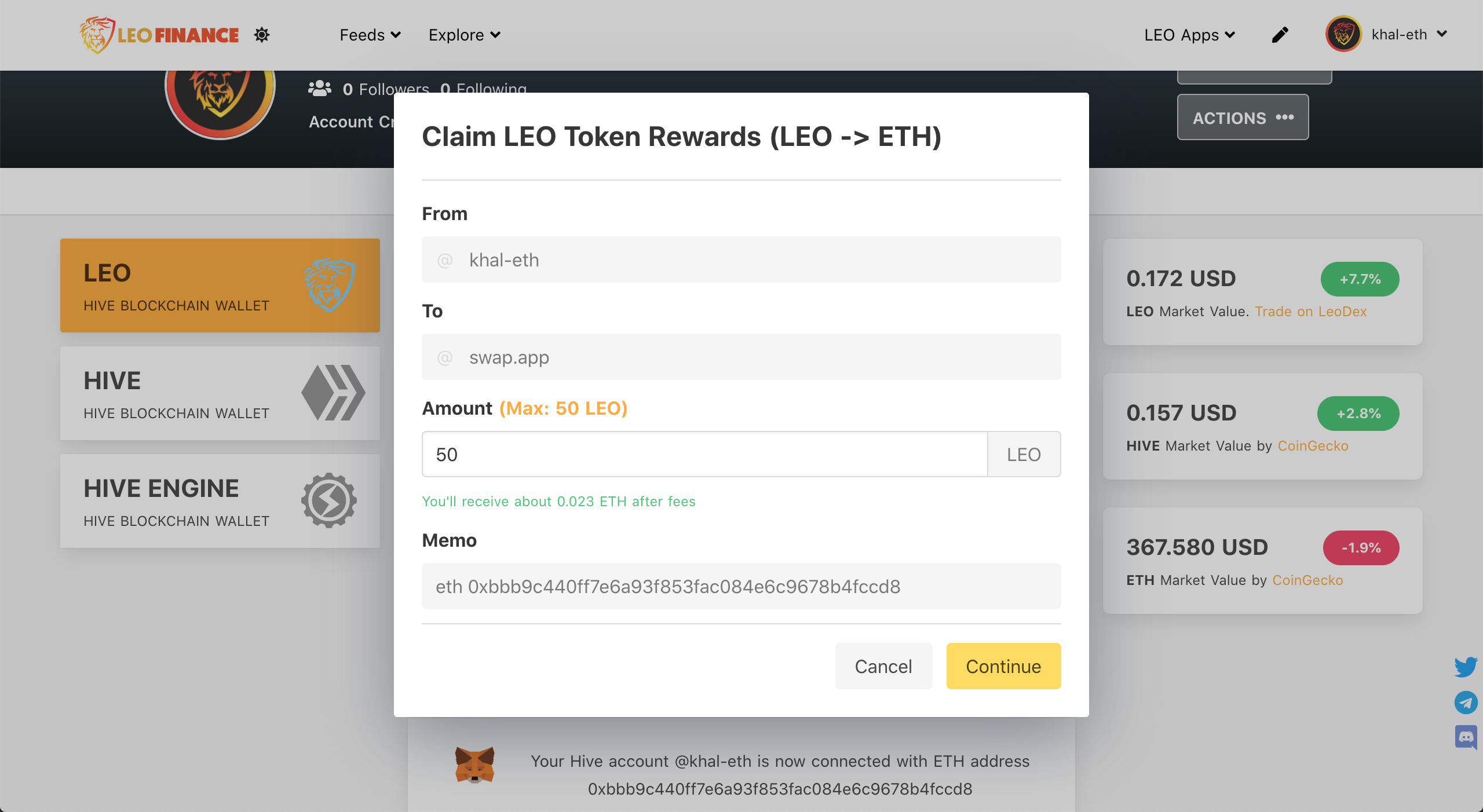 Ultimately, Leofinance will serve as a gateway between the tokens on Ethereum and Hive-Engine. It will provide a simple swapping mechanism once wLEO re-enters the equation. This will help to extend the reach of all projects.

Engagement is something that always was a challenge on Hive. One feature that I am aware of is going to help change this. It is a feature that allows for simpler interaction. This will help the Hive numbers while also fostering a lot of what takes place on Discord to occur on-chain.

People still want social media. As much as we talk about the likes of Twitter and Facebook, their success cannot be questioned. They have hundreds of millions of users respectively (possibly more than a billion). This is an enormous market to tap into.

Leofinance is moving away from being a blogging only platform. That is still going to be a key component yet it will not be the only one. As the UI is updated, more features will roll out which should appeal to a broader spectrum of people. At the same time, we are likely to see more "resources" that are common with other financially based sites. This will help to attract people who are not necessarily posting, yet will visit on a daily basis for information.

Once these features are in place, we will likely be updating the target projects as the 40,000 number is still a drop in the online bucket.

Here is a list of the most popular finance sites. 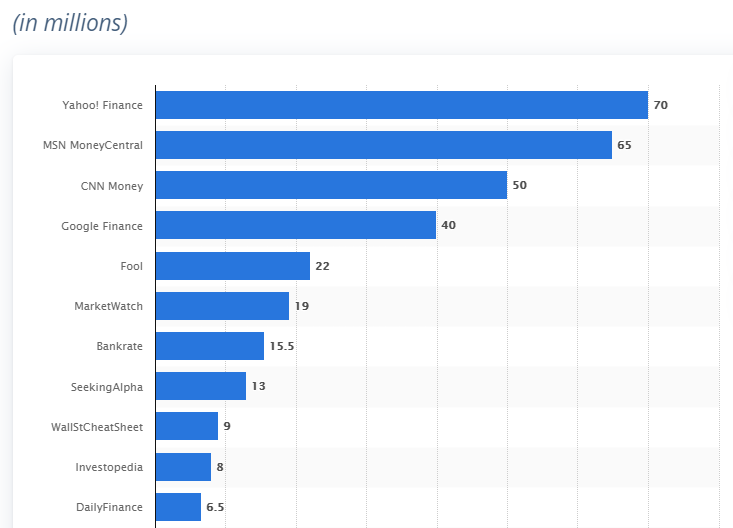 Looking at those numbers, 40K is nothing more than a rounding error.

To me, this shows what the potential truly is.