Hive Blockchain Is Quickly Positioning Itself Into Social 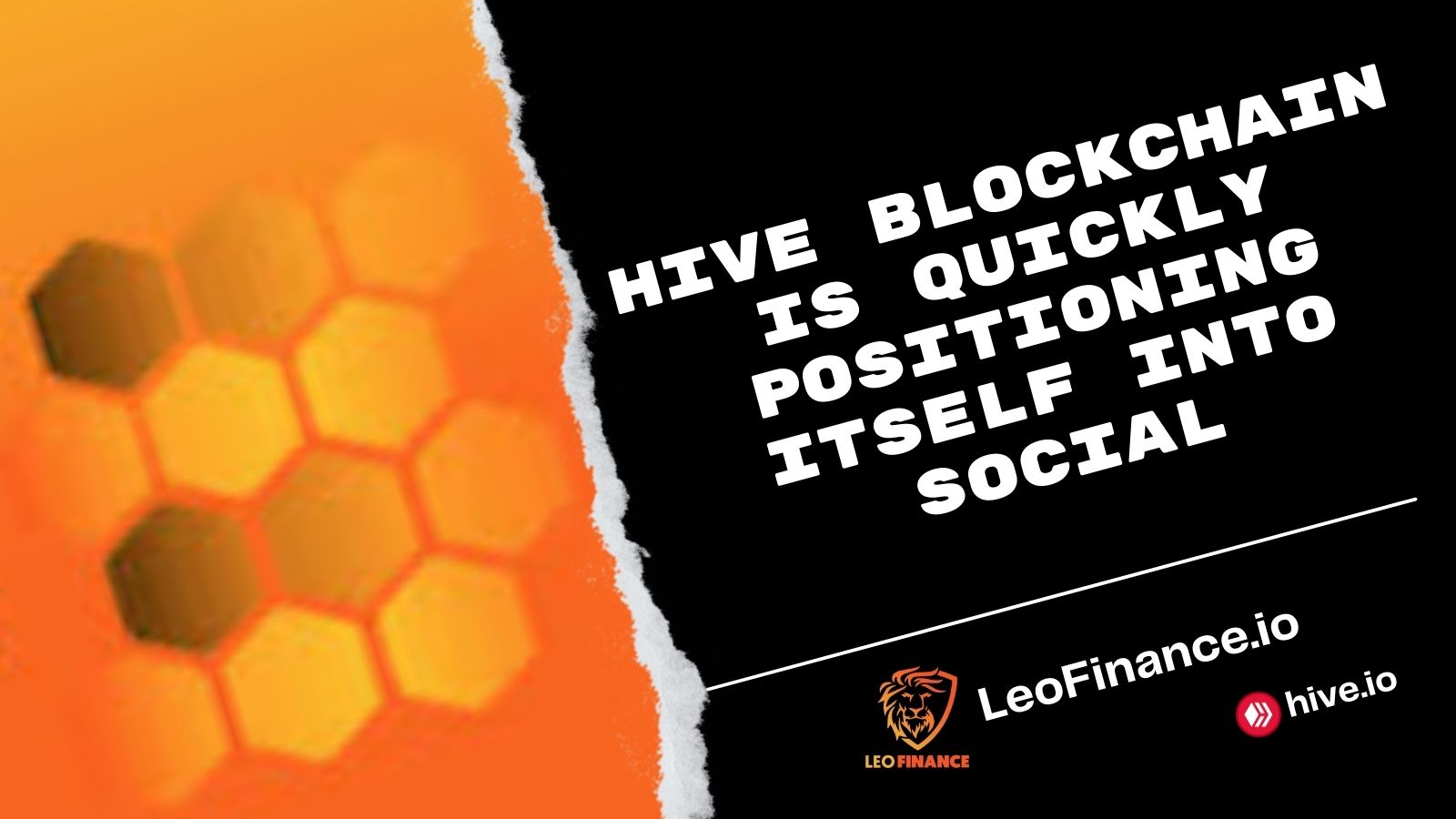 Hive Blockchain Is Quickly Positioning Itself Into Social

Hive to me has always been ahead of the game in many aspects. The way the blockchain works, the simplicity of it all and the real world value of it as well. It's always flown under the radar however that all changes last year when Splinterlands became and still holds the number one blockchain based game. This promoted a spike in price because of demand but also because of the resources needed to create all of those new accounts.

Hive currently is about 5x the value it was during the start of the mega rallies which goes to show it's power in this bear market. But that's about to change and it's mainly because of the on going development happening even during this bear market.

Hives biggest advancement after the Splinterlands rally came in the shape of defi and diesel pools. These pools started to provide better liquidity allowing for faster transfers and more use cases across all layer 2 tokens.

From there it ballooned into CubDefi with the introduction of the layer2 LEO token to Binance smart chain along with splinterlands governance SPS token.

It wasn't long ago that PolyCub then launched and with it a new evolution of introducing hive to DeFi with Wrapped versions of Polygon (matic) pHBD and pHIVE and very recently CubDeFi introducing wrapped version of the core hive tokens on to Binance smart chain as bHBD and bHIVE. You can read detail son that in my last article Binance Smart Chain DeFi Platform CubDefi

It wasn't long after this we started to see a number of layer 2 tokens start to try and make some headway. We saw music start to show up more on Hive with NFT style marketplaces, NFT showroom for art and other NFTs, more Play2earn games along with a lot more development of new NFT games on Hive.

However the real winners are starting to show up which are starting to take web2.o social media platforms and convert them on to hive which personally I think is a very powerful step.

Example 1: LikeTu while still a little rough it's an example platform that somewhat mimics Instagram. It also offers some cool unique features on it such as a premium paid subscription area to post content to paid subscribers.

Example 2: 3Speak has been around for some time but we are starting to see some changes taken place and I hope to see many more including ad revenue, paid memberships and more that would mimic the success of Youtube. I believe if done right 3Speak could become a huge platform for Hive and offer up better income to content creators then youtube by offering nearly 100% of the ad revenue to the creators including subscriptions.

Example 3: Project Blank or LeoThreads it's been some time since we heard anything about this project but LeoThreads is coming along and currently in beta. I firmly believe after beta and it's launched it should only be a few short months before we see Project blank which will mimic in the way Twitter.

My hopes on this one is it has its own token and uses some type of ad revenue to provide dollar value to the token.

A platform like this could be massive for both Hive and Leofinance as it's a crazy fast onboarding program and with it generates revenue, exposure and a huge database of users to not only promote existing products such as CubDeFi, PolyCub and LeoFinance but also any future projects.

What we are seeing is a shift from just being a blogging platform which to be honest only attracts a small percentage of the worlds population and starts expanding it and providing now income streams and possibilities. I'm greatly hoping they look at the success of their web 2.0 counterparts and develop income and revenues that are mainly shared back to the content creators of the platform. This would put hive truly at the forefront of the next wave of social media and honestly something I feel hive would do amazing at if it niched itself to it much like Wax niched itself to gaming.

The CTP team also has something up their sleeve.

Outside of ListNerds and CTPTalk? If so where can I get a little taste of what it might be?

You mean a new type of social app?

They are really ramping up progress amd I'm excited to see how much they can do this year.

I'm not so sure about 3speak myself. I think that they have overcomplicated the whole set up.

I don't even understand half of the plan never mind new people coming in.

The beauty of the Leo plan is the simplicity. People can just join and go. No degrees required in crypto to use their apps.

Hive is a hidden gem and many people are still missing out, and for those that are still building all this information and development gives me joy because I have found a home

While we have to be clear that Hive is so much more than just a blogging platform, it does provide the best best layer for Web3 blogging dApps.

While it might not initially look amazing on the front-end, it provides users with a totally different way to use social media on Hive.

Innovation during a bear market 100x better! Really excited about all of this and can't wait to start using it.