STEEM and HIVE Charts Side by Side

It's been 3 weeks since I took a look at the HIVE price action and boy has a lot happened since.

HIVE has ripped above 40c, but I can't help but keep an eye on STEEM above 60c.

If you've wasted a minute of your life by going to the steemit homepage lately, you'll no doubt have seen the absolute trash getting ridiculously rewarded over there.

Not to mention the only development going on, being focused on bastardising the blockchain alongside Justin Sun's other centralised shitcoin, TRON.

Anyway, I can't help but feel a little jaded that HIVE hasn't outperformed.

But as the old saying goes, markets can remain irrational longer than you can remain solvent so let's take another look at the two charts side by side and try to draw some conclusions.

Starting with the STEEM daily chart below. 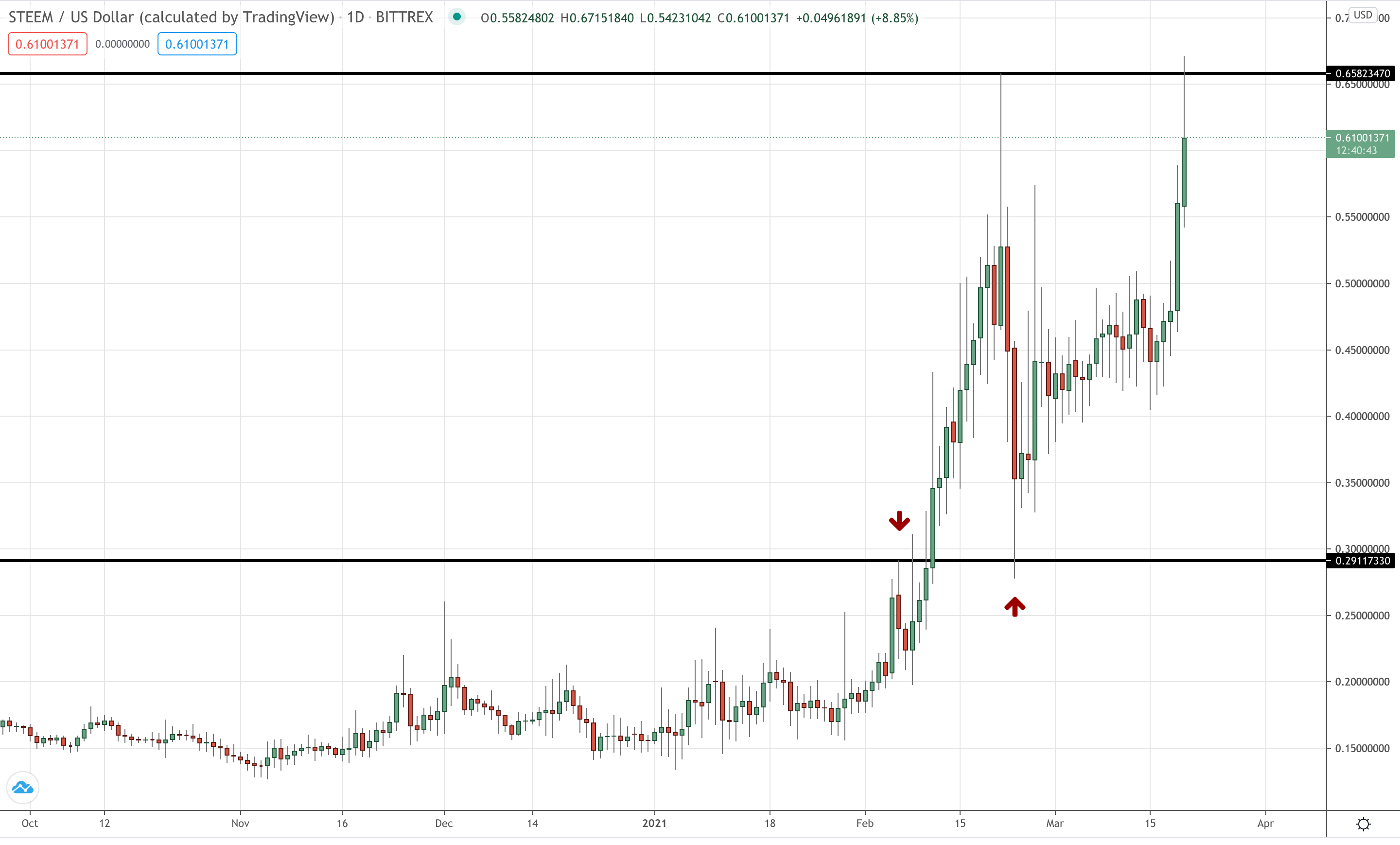 Starting with STEEM, I've marked the chart with a couple of arrows.

The first indicates the top of the pre-breakout range that price was trading in up to February, while the second shows the almost perfect retest of broken resistance as support.

You can also now see that price is retesting resistance from the very first breakout pump.

But has not yet gone through the level.

Now, let's switch to a HIVE daily chart below. 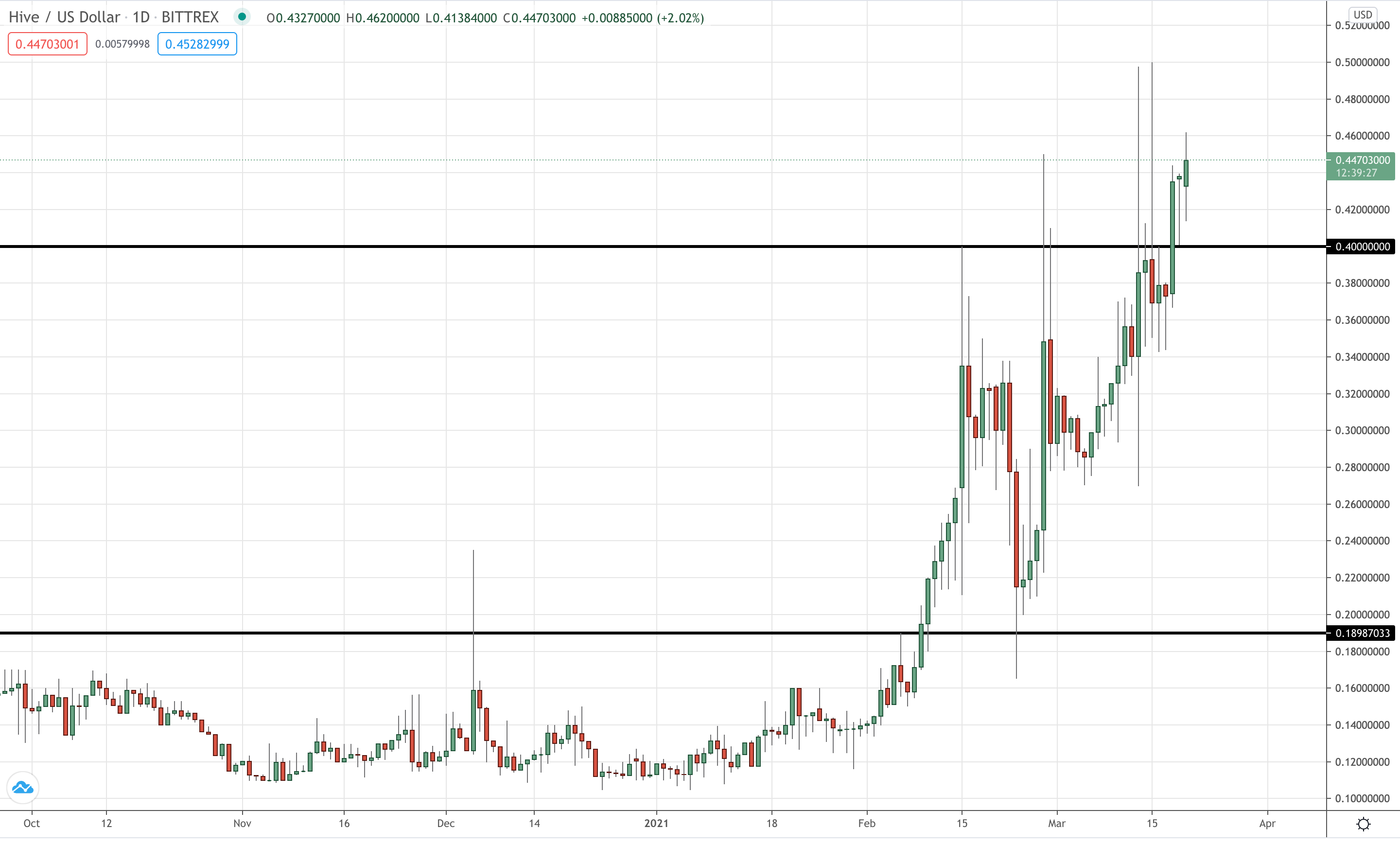 You can see that I've placed the exact same lines on this HIVE chart, as I had on the STEEM chart above.

The initial range top and then resistance after the first breakout pump.

But what catches my eye is that HIVE has actually gone through resistance at the top, even printing a daily close above the level.

While HIVE may be cheaper than STEEM right now in USD terms, the price action is actually much more healthy.

I still believe that a lot of trading across both markets, continue to be driven by bots that don't understand the fundamentals of either chain.

We continue to wait for a shift that is driven by actual users.